We are fascinated by the creative talent of professional makeup artists for film and television, especially those who specialize in special effects makeup. The ability to transform human faces into out-of-this-world creatures or bloody, gore-covered victims takes a level of artistry and focus that can take years to perfect.

With so many greats who paved the way before us, we felt inspired to round up our 10 favorite SFX makeup artists of all time. Keep reading to learn more about the people who created our favorite characters on the big and small screens.

Professional makeup artist Ben Nye, Sr. got his start in the music department of Fox Studios in Los Angeles. After three years of working in what he deemed a boring position, Nye sought an apprenticeship in the Fox Studios makeup department under head makeup artist Monte Westmore. 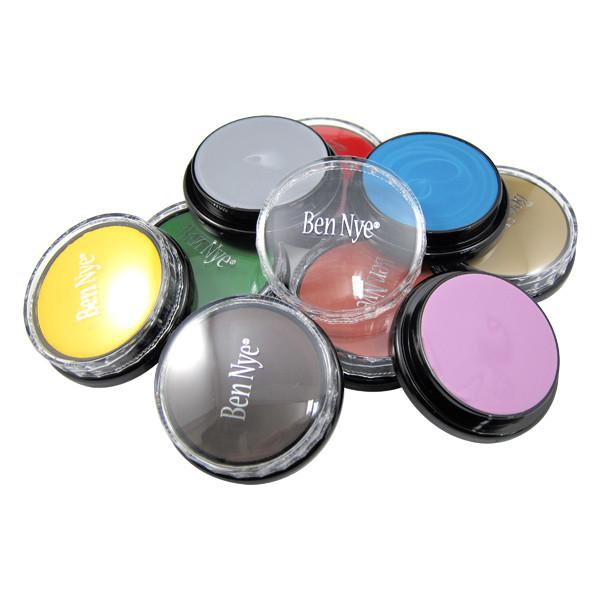 Under the direction of Westmore, Nye gained experience working on set of various A-List films like In Old Chicago and Jesse James, but it was his experience on set of Gone With The Wind that inspired Nye to branch out and create products of his own, specifically for women of color. So he began to experiment, mixing and blending the products he already used to get inspired.

Shortly after, Nye ventured solo as a freelance makeup artist for Paramount Pictures and Warner Brothers before going back to Fox Studios as the head makeup artist. Over the next decade, Nye made a name for himself in the industry. His use of prosthetics in feature films garnered him worldwide acclaim, and each major feature film inspired him to experiment and create professional-grade products to revolutionize film and television makeup.

Makeup legend Stan Winston had a childhood fascination with puppetry and mask-making, which evolved into a passion for special effects makeup artistry later in life. After moving from Richmond, VA to Hollywood in 1969, Winston worked underneath head makeup artist, Robert J. Schiffer, for Disney Studios where he perfected his talent and worked his way up the makeup industry ladder. Winston led teams for more than 40 years to create some of the most iconic, modern-day characters and creatures in such films as Alien vs Predator, The Terminator, Jurassic Park, Iron Man, and Avatar. 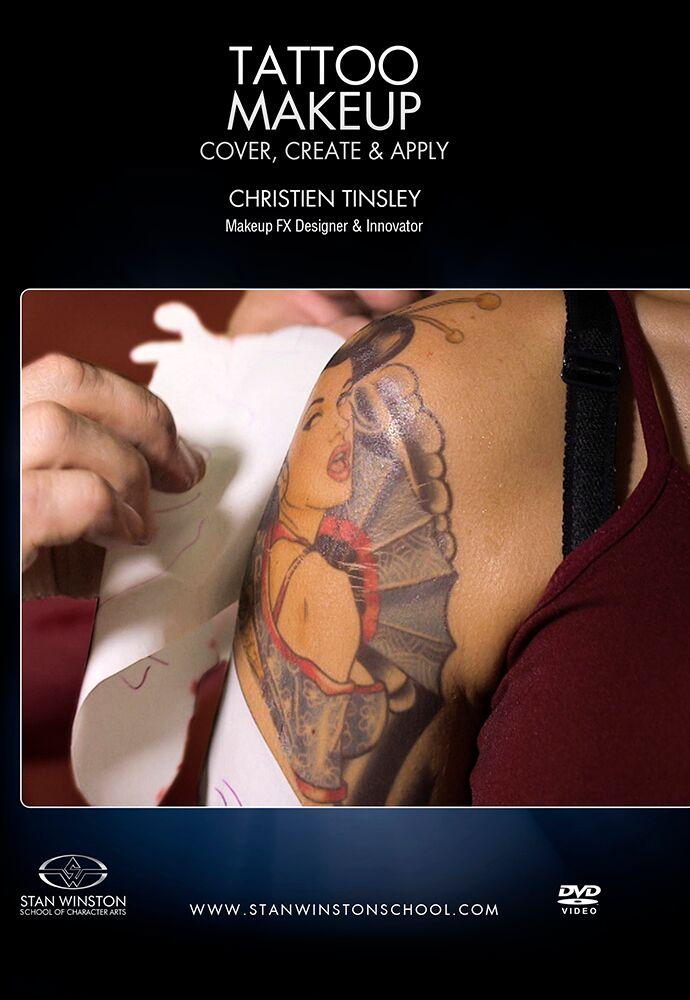 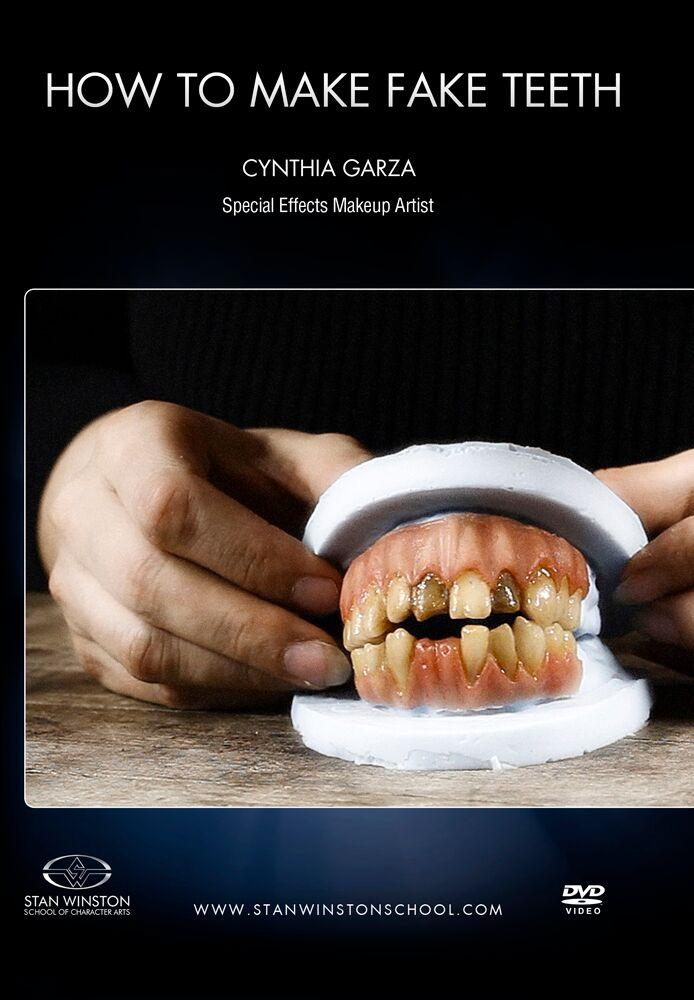 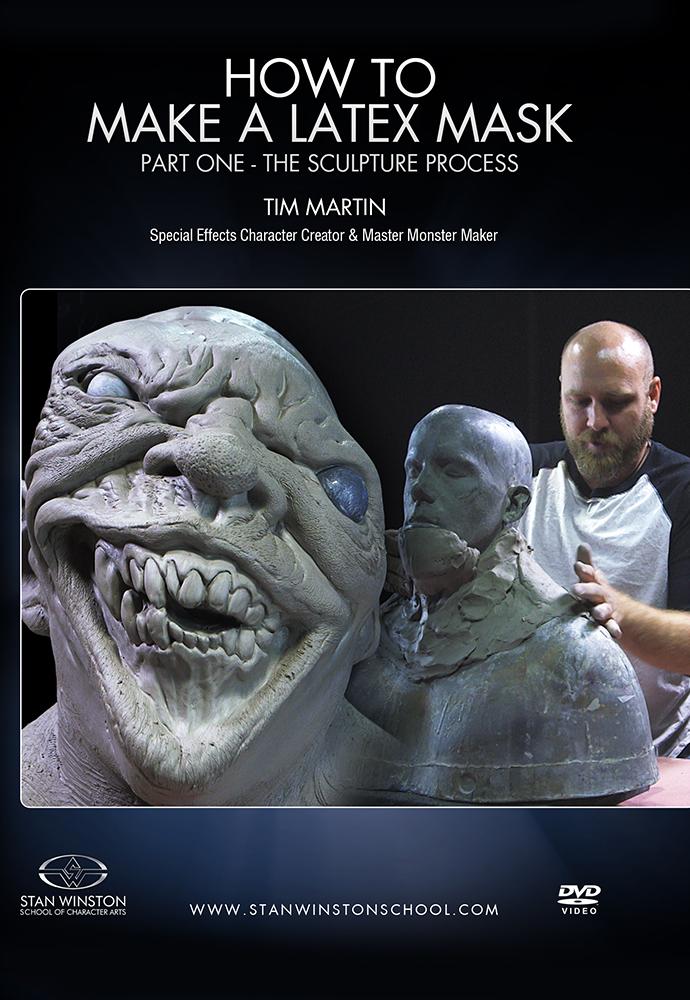 Winston has received 10 Academy Award nominations – winning four – and is one of only three SFX makeup artists to have a star on the Hollywood Walk of Fame. He’s also won two Emmy Awards out of six nominations, as well as three BAFTA awards out of five nominations.

Makeup artist Eryn Krueger Mekash got her start in special effects makeup while working in shops throughout Los Angeles. After years of perfecting her skills, she dove into a career in makeup artistry that has spanned nearly three decades.

Her vast experience in the film and television industry has allowed Mekash to master the art of beauty, special effects makeup and design – a triple threat, if you ask us. Her work has been Emmy-nominated 35 times, and she’s won six awards – the most wins for a female makeup artist ever. She currently serves as head of the makeup department for FX’s American Horror Story. 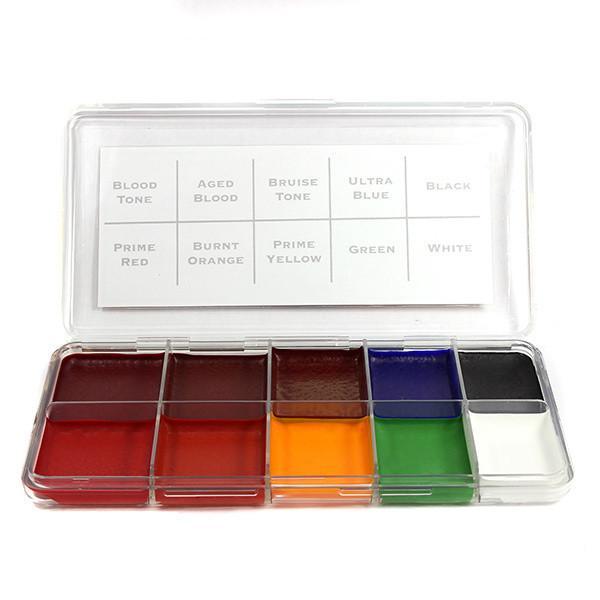 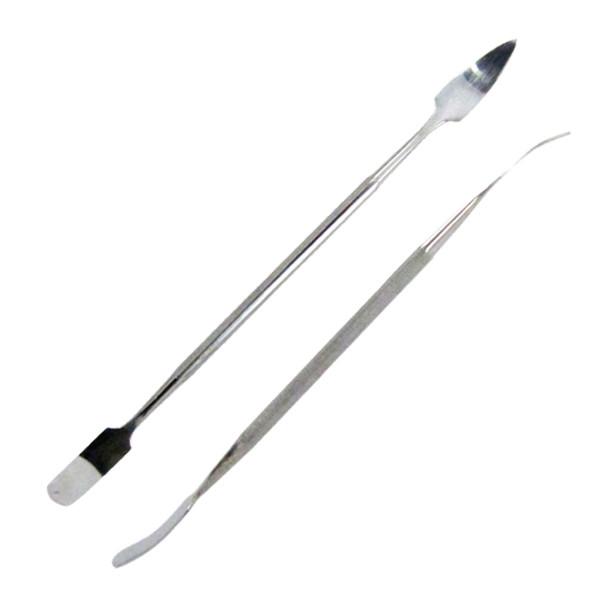 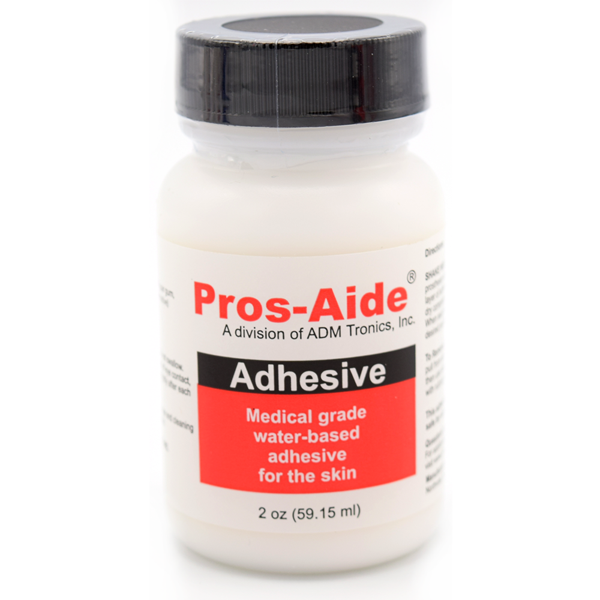 Mekash’s use of prosthetics has earned her notoriety amongst industry veterans, who seek her out for creative insights on various projects. Some of her most notable work has been featured in Star Trek: Into The Darkness; Glee; Eat, Pray, Love; Alpha Dog; Everybody Loves Raymond; and Alien Nation.

Visit ErynKruegerMekash.com to learn more about her career and to see a full list of work credits.

Credited for the invention of popular horror movie makeup effects like the bladder technique, bulging blisters, and rashes on the skin, pro makeup artist Joe Blasco is a legend in his own right.

After serving as the personal makeup artist to icons like Orson Welles, Olivia Newton-John, Bette Midler and Carol Burnett, Blasco sought out to revolutionize film and television makeup like never before. Blasco’s industry experience has spanned more than 50 years, and his credits include The Newlywed Game, General Hospital, Good Morning America, The Carol Burnett Show, Leonardo da Vinci, Ilsa She Wolf of the SS, The Werewolf of Woodstock and Shivers, to name a few. 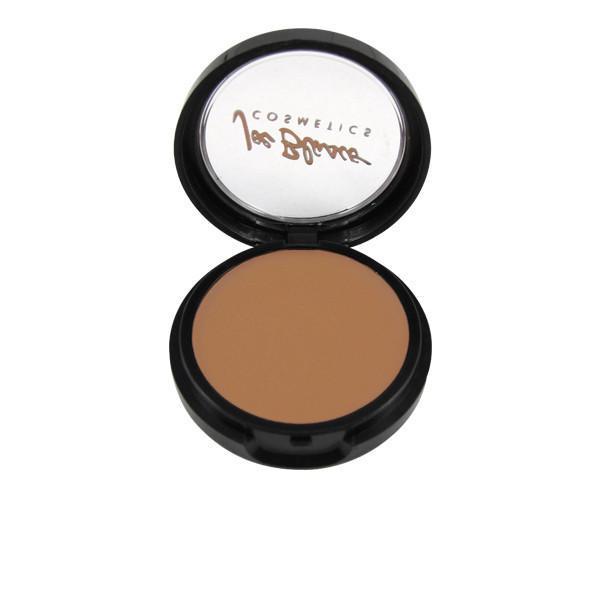 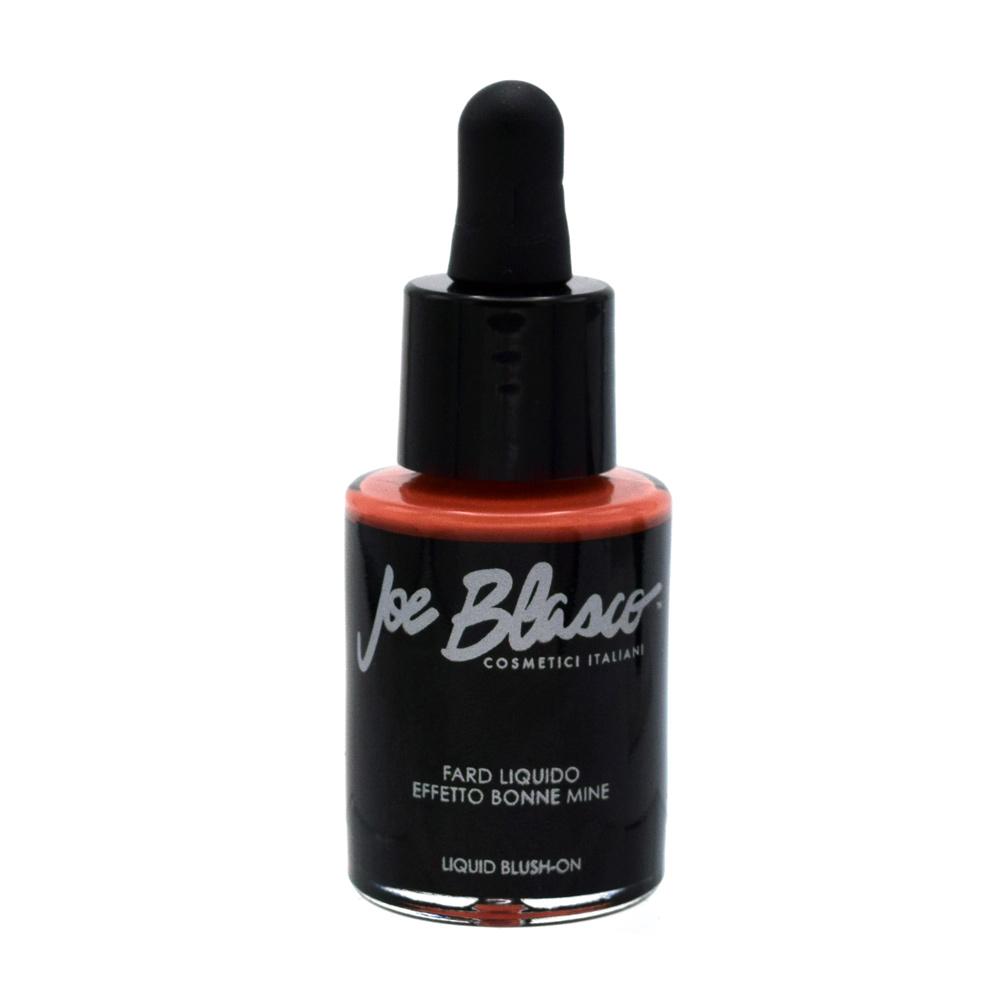 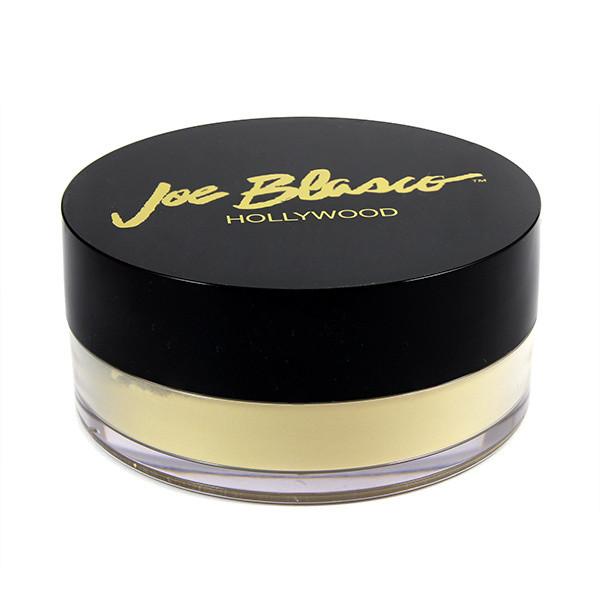 Aside from his artistry, Blasco’s passion for education led him to open his Make-Up Training Centers in Hollywood and Orlando, FL, as well as create his own high-performance cosmetics line, Joe Blasco Hollywood, that has gained worldwide popularity.

Popular products from his line include the Ultrabase Foundations, Dermaceals, Ultamattes, and Neutralizers.

A former student of Joe Blasco’s Make-up Center, Matthew Mungle has worked his way up to become one of Hollywood’s premier special effects artists. Regarded as a master of makeup illusions, Mungle’s fascination with horror makeup started at a young age after seeing iconic films like Frankenstein, Dracula, and The Mummy. 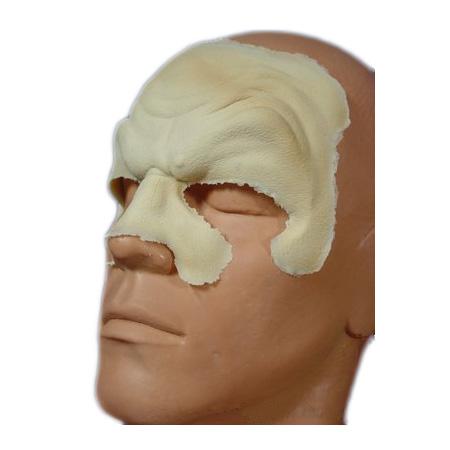 Mungle grew up experimenting with face casts and prosthetics on family members and friends until he was old enough to pursue artistry as a career. After graduating school, he worked on set of several low-budget films where he learned to be resourceful and think quickly. Mungle’s experience led him to oversee teams on set of Edward Scissorhands, Bram Stoker’s Dracula (which he won his first Oscar for), Congo, Primal Fear and Ghosts of Mississippi (which earned him an Oscar nomination), and more.

Mungle has gone on to create a wide range of film characters using prosthetics for film, television, and Broadway. His full biography can be found here.

Academy Award-winning makeup artist Dick Smith is most famous for creating SFX application methods that became the standard for Hollywood film and television, like fake blood, layered prosthetics and foam latex for an aging face. Some of his most notable credits include The Godfather, The Exorcist, and Taxi Driver.

The makeup revolutionist found his love for performance makeup while browsing the library at Yale University, his alma mater, an stumbling upon performance makeup books. A list of awards, decades-long career and two published books later, Smith is revered as one of Hollywood’s great artists of our time.

The creator of Freddy Krueger’s makeup and the infamous Chucky doll, artist Kevin Yagher has a long-standing special effects career that dates back to the early 1980s.

His expertise with prosthetics has led to some of pop culture’s most eerily memorable characters, and his contributions on A Nightmare on Elm Street, Bones, A Series of Unfortunate Events and Mission: Impossible have earned him industry acclaim.

Another notable achievement was Yagher’s work on set of The Master of Disguise, featuring Dana Carvey, where he created 15-20 different disguises to transform the actor’s character throughout the film.

When we asked our Pro Artist network which female SFX artists they most admired, Ve Neill topped the list. As one of the most award-winning, living makeup artists (she’s won three Oscars, two Emmys, one BAFTA, four Saturn Awards, and a lifetime achievement award from the MUA Guild) Neill is loved and respected amongst industry veterans and newbies alike.

Neill has worked with a long list of A-List stars including Johnny Depp and Jennifer Lawrence, and her film and television credits are just as recognizable: The Hunger Games, The Amazing Spider-Man, Sweeney Todd, Pirates of the Caribbean, How The Grinch Stole Christmas, Batman & Robin, Edward Scissorhands, Star Trek, and the list goes on.

The guru spends her free time advocating for the makeup artistry profession, helping to build awareness in the general public about the craft of creating movie creatures.

Learn more about Ve Neill and her work credits here.

Credited on more than 450 movies and television shows, makeup artist Bud Westmore comes from the prominent Hollywood makeup artist family with the same name. Some of his most well-known works include Man of a Thousand Faces, The Andromeda Strain, and Creature from the Black Lagoon.

Following the death of his famous makeup artist father, George Westmore, Bud became head of the makeup department at Universal Studios in Hollywood where he scored credits for major horror, sci-fi and fantasy films of the late 1940s.

His career spanned over the next two decades until the 1970s when he completed his last project on set of MGM’s Soylent Green. His legacy marks an iconic era of the giant bud-headed creatures made famous in the 40s and 50s.

Special effects artist Rick Baker, well-known for his work on Men In Black, An American Werewolf in London, The Nutty Professor and The Wolfman, has won seven Oscars over the span of his 40+ year career.

Baker has been outspoken about the shifting nature of film and television makeup. Announcing his retirement in 2015, the acclaimed artist said, “The business is crazy right now. I like to do things right, and they wanted cheap and fast.”

His statement was in reference to computer effects, which are taking the place of makeup artist jobs and eliminating the artistic nature of the craft. While on set of Maleficent, featuring A-List star Angelina Jolie, Baker says the use of CG effects in the film reduced his work so much that he “could’ve done it in a garage basically.”

For related articles, visit our blog here. Be sure to stock up on SFX makeup products here, and tag us on Instagram in your special effects makeup creations for a chance to be reposted!

Camera Ready Cosmetics was founded in 2003 by Makeup Artist Mary Erickson. She dreamed of having a pro makeup showroom where artists could play with professional products without the typical makeup store attitude.

Today, our team of beauty industry veterans work together to curate the best quality products on the market. We partner with brands who respect the industry and formulate products for true working artists.  You won’t find CRC in high-end malls, and we don’t wear matching brush belts.

If you want to play with products for a few hours and buy nothing, that’s okay … come in and play! Our store is your playground.